Proposed changes to the Fair Labor Standards Act (FLSA) overtime white-collar exemptions have not made headlines in recent months. However, this unfortunately (or fortunately) does not mean the discussion regarding the FLSA exemptions has ended. Earlier this year, the United States Department of Labor (DOL), Wage & Hour Division published its Spring Regulatory Agenda for 2018. The agenda contained two proposed timeframes for Notice of Proposed Rulemaking (NPRM) periods pertaining to the FLSA that employers should take notice of:

From the abstract appearing in the DOL’s 2018 Spring Regulatory Agenda for the regular rate of pay NPRM, we can expect a proposed rule that will “clarify, update, and define regular rate requirements” under the FLSA. Such is generally necessary given the inconsistencies seen amongst employers’ calculations of overtime pay. The FLSA requires employers to identify an employee’s hourly pay, on each and every workweek the employee works overtime. That calculation, contrary to what many managers and supervisors believe, does not always equate to the employee’s typical hourly rate.

“Regular rate of pay,” as the phrase is used for establishing the overtime pay an employee must be paid, includes all forms of remuneration paid to the employee during the subject workweek except the following, which are specifically excluded by the FLSA at 29 U.S.C. § 207(e):

(1) sums paid as gifts; payments in the nature of gifts made at Christmas time or on other special occasions, as a reward for service, the amounts of which are not measured by or dependent on hours worked, production, or efficiency;

(2) payments made for occasional periods when no work is performed due to vacation, holiday, illness, failure of the employer to provide sufficient work, or other similar cause; reasonable payments for traveling expenses, or other expenses, incurred by an employee in the furtherance of his employer’s interests and properly reimbursable by the employer; and other similar payments to an employee which are not made as compensation for his hours of employment;

(3) [s]ums paid in recognition of services performed during a given period if either, (a) both the fact that payment is to be made and the amount of the payment are determined at the sole discretion of the employer at or near the end of the period and not pursuant to any prior contract, agreement, or promise causing the employee to expect such payments regularly; or (b) the payments are made pursuant to a bona fide profit-sharing plan or trust or bona fide thrift or savings plan, meeting the requirements of the Administrator set forth in appropriate regulations which he shall issue, having due regard among other relevant factors, to the extent to which the amounts paid to the employee are determined without regard to hours of work, production, or efficiency; or (c) the payments are talent fees (as such talent fees are defined and delimited by regulations of the Administrator) paid to performers, including announcers, on radio and television programs;

(4) contributions irrevocably made by an employer to a trustee or third person pursuant to a bona fide plan for providing old-age, retirement, life, accident, or health insurance or similar benefits for employees;

(6) extra compensation provided by a premium rate paid for work by the employee on Saturdays, Sundays, holidays, or regular days of rest, or on the sixth or seventh day of the workweek, where such premium rate is not less than one and one-half times the rate established in good faith for like work performed in nonovertime hours on other days;

(8) any value or income derived from employer-provided grants or rights provided pursuant to a stock option, stock appreciation right, or bona fide employee stock purchase program which is not otherwise excludable under any of paragraphs (1) through (7) if—

(A) grants are made pursuant to a program, the terms and conditions of which are communicated to participating employees either at the beginning of the employee’s participation in the program or at the time of the grant;

(B) in the case of stock options and stock appreciation rights, the grant or right cannot be exercisable for a period of at least 6 months after the time of grant (except that grants or rights may become exercisable because of an employee’s death, disability, retirement, or a change in corporate ownership, or other circumstances permitted by regulation), and the exercise price is at least 85 percent of the fair market value of the stock at the time of grant;

(C) exercise of any grant or right is voluntary; and

(D) any determinations regarding the award of, and the amount of, employer-provided grants or rights that are based on performance are—

(i) made based upon meeting previously established performance criteria (which may include hours of work, efficiency, or productivity) of any business unit consisting of at least 10 employees or of a facility, except that, any determinations may be based on length of service or minimum schedule of hours or days of work; or

(ii) made based upon the past performance (which may include any criteria) of one or more employees in a given period so long as the determination is in the sole discretion of the employer and not pursuant to any prior contract.

29 U.S.C. § 207(e). Aside from those identified above, all other payments made during the workweek must be included in the calculation of the employee’s regular rate of pay for that workweek. Common payments that employers must include in this calculation include: incentive/project base bonuses, shift differentials, and commissions. Unfortunately, the work performed to acquire these items does not always fit within the same workweek. Consider the following example for a more in-depth instruction of how to properly calculate the regular rate of pay:

She receives commissions based on store sales every pay period. In April, she was paid commissions for her work in Week 2 in the amount of $70, and $50 in Week 4. ABC store determined that Susie earned the following commissions for each week in April:

ABC store would use the following equation to calculate Susie’s regular rate of pay (“RROP”) for overtime purposes in Weeks 2, 3, and 4 of April:

*Week 1 was not calculated because Susie did not work overtime that week.

It is unclear how a modification to the FLSA could make calculations of the regular rate of pay easier for employers, if such is possible. But, regardless of such, employers should take notice of the proposal to ensure they fully understand the identification of such rate under the law currently and, if it will change, how that will impact their workforce.

The reasons employers should take notice of the second NPRM are obvious, but are worth repeating. The Presidential Memorandum dated March 13, 2014, requested the modernization of white-collar overtime exemptions to more accurately identify the employees actually employed in bona fide executive, administrative, and professional capacities. In response, the DOL issued a new rule in May 2016 that increased the minimum salary required for white-collar exemptions from $455/week to $913/week ($47,476/year) for executive, administrative, and professional employees and $134,004/year for highly-compensated employees. This was a drastic change at the outset. Further, the DOL established a mechanism designed to automatically increase these minimum salaries in the future. But, the DOL was enjoined from enforcing the new rule approximately nine (9) days before it was scheduled to take effect. State of Nevada v. U.S. Dep’t of Labor, No. 4:16-CV-00731, 2016 WL 6879615 (E.D. Tex. Nov. 22, 2016).

Employers should find solace in the DOL’s decision to revisit the FLSA’s white-collar exemptions in 2019, under the direction of United States Secretary of Labor Alexander Acosta. In 2017, following the DOL’s decision to withdrawal its appeal of the injunction issued by Federal Judge Amos Mazzant, Secretary Acosta claimed the salary increase contained in the enjoined rule was excessive. He has reported a more appropriate minimum salary for these exemptions may be $33,000/year. Employers should keep watch for the notice period and comment with their thoughts. 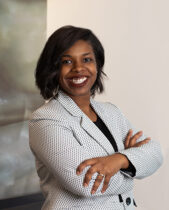