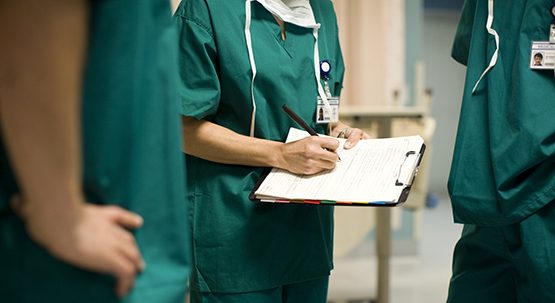 In an April 17, 2019 opinion, the Minnesota Supreme Court surprised the healthcare community when it held in Warren v. Dinter that “a physician-patient relationship is not a necessary element of a claim for professional negligence.” [1] This decision upends what had been thought to be settled law: That doctors do not owe a duty of care when there is no physician-patient relationship. [2] The Court’s decision in Warren created an immediate buzz within the medical community and has left Minnesota healthcare professionals  questioning the effect this holding may have on medical negligence cases. To be sure, the Court’s holding in Warren is a distinct departure from what has long been understood to be the accepted rule in Minnesota. Namely, that a medical negligence claim will not stand absent a physician-patient relationship. [3]  So, what does this case really mean, and what are its implications?

While many of the details of the phone call are disputed, the parties agreed that the hospitalist ultimately advised that the patient’s symptoms were likely caused by type II diabetes and that she should get this issue under control and see the nurse practitioner again for a follow-up the next Monday. [7]  Following her death, the patient’s son brought a medical malpractice claim against the hospitalist and hospital. The District Court granted summary judgment to the defendants and the Minnesota Court of Appeals affirmed, holding that the hospitalist did not owe a duty of care to the patient because no physician-patient relationship was created as a result of the phone call between the nurse practitioner and the hospitalist. [8]

Although it acknowledged that “most medical malpractice cases involve an express physician-patient relationship,” the Minnesota Supreme Court reversed the rulings of the lower courts and stated that it had “never held that such a relationship is necessary to maintain a malpractice action under Minnesota law.” [9]  Rather, the Supreme Court maintained that “for 100 years in Minnesota, a physician has had a legal duty of care based on the foreseeability of harm.” [10]

Under the foreseeability standard applied by the Supreme Court, a duty of care “arises where it is reasonably foreseeable that [a patient] would be injured if … advice is negligently given.” [11]  In other words, a legal duty of care is owed to a patient when 1) a doctor provides medical advice, that 2) could reasonably be relied upon in the treatment of a patient. If both of those elements are met, then a physician owes a duty to provide medical advice consistent with the standard of care. If the medical advice falls below the standard of care and causes harm to a patient, then a physician may be liable for that harm.

What are the implications of the Supreme Court’s holding in this case? One important takeaway is that the Supreme Court has clearly extinguished the idea that direct personal contact between a physician and a patient is required to create a duty of care. Rather, the “standard for a physician’s duty is not based on personal contact; it is based on foreseeability of harm, which means the risk to another or to another within the range of apprehension.” [16]  Therefore, medical advice that is given through email, text message, or like in the case of Warren, over the phone, can create a duty of care if it is foreseeable that it will be relied upon in the course of patient care. [17]

What about curbside consults? The Supreme Court specifically stated that the interaction between the nurse practitioner and the hospitalist “was neither a curbside consultation nor … a professional courtesy.” [18]  Here, the Supreme Court distinguished between informal conversations between medical colleagues, and a physician “gatekeeper” with the sole authority to determine a course of treatment. The Supreme Court noted that its decision “should not be misinterpreted as being about informal advice from one medical professional to another” because the nurse practitioner did not contact the hospitalist to “pick a colleague’s brain about a diagnosis” – she instead called pursuant to a “protocol for hospital admissions.” [19]

In light of the Supreme Court’s analysis, brief “curbside” or “informal” consults between healthcare providers will likely not impose legal liability. That being said, the Minnesota Supreme Court distinguished curbside consultations without providing specific guidance on what will ultimately be deemed to be a curbside consultation.  Accordingly, there is some uncertainty as to where this case leaves us.

Despite this uncertainty, the Warren holding suggests that it is good practice to document in a patient’s chart, when possible, extensive discussions or opinions regarding complex medical cases. The record reflects that the telephone call between the nurse practitioner and the hospitalist may have been long enough to discuss the patient’s symptoms and whether hospital admission was appropriate under the circumstances; however, it is unclear from the case whether or not the hospitalist documented that exchange. In contrast, the nurse practitioner noted her findings and concerns, including her request that the patient be admitted to the hospital.

Overall, the Warren holding may not greatly impact clinical practice at this time. It goes without saying that healthcare providers strive to give sound medical advice that is consistent with the standard of care, and this is true whether or not it is foreseeable that the advice might be relied upon. If, however, a healthcare provider is asked to opine regarding a course of treatment for a patient that is unknown to them, they ought to exercise caution about the advice they provide to their colleagues and make sure they understand the nature and extent of the medical issue because the advice and guidance they provide may ultimately be determinative. Further, informally consulted healthcare providers should have a low threshold for recommending formal consultations if there is any uncertainty about whether their opinions will ultimately determine a course of treatment for the patient.

Perhaps most importantly, if a healthcare provider is a “gatekeeper” who determines the course of care or treatment for a patient, they should assume that their advice and guidance will be relied upon by their colleagues. Under these circumstances, the Supreme Court in Warren has determined that it is reasonably foreseeable that negligent advice could harm a patient – and therefore a legal duty of care applies.

It remains to be seen what impact the holding in Warren will have on the nature, extent, or volume of medical malpractice litigation. The Supreme Court’s decision has certainly created an opening through which plaintiffs may attempt to draw in consulting healthcare providers. But the door has not yet been thrown wide open, and healthcare providers should not be deterred from acting in the best interest of a patient. 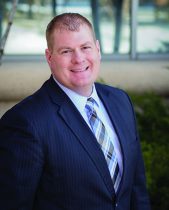