A deeply divided Supreme Court issued a 5-4 decision Monday deciding that certain for-profit companies cannot be required to pay for specific types of contraceptives for their employees. The decision has set-off frenzied debates over religious and reproductive rights, as well as ignited speculation as to the future reach of the law. While the majority, led by Justice Alito, took pains to issue a narrow holding, the dissent, led by Justice Ginsburg, as well as many critics, fear the “startling breath” of the decision.

Under regulations promulgated by the Department of Health and Human Services (HHS) under the Patient Protection and Affordable Care Act of 2010 (ACA), employers with 50 or more full-time employees are generally required to offer specified employers’ group health plans to furnish preventive care and screenings for women without any cost sharing requirements. Employers are required to provide coverage for all 20 contraceptive methods approved by the Food and Drug Administration.

Three closely-held for-profit corporations – Hobby Lobby, Conestoga, and Mardel – brought suit based on their Christian beliefs that life begins at conception and that it would violate their religion to facilitate access to 4 of the 20 contraceptive drugs or devices. They claim these 4 contraceptives have the effect of preventing an already fertilized egg from developing any further by inhibiting its attachment to the uterus, and are essentially abortions. The Court held that as applied to closely-held corporations, the HHS regulations imposing the contraceptive mandate violate the Religious Freedom Restoration Act of 1993 (RFRA). The Court reasoned that the contraceptive mandate substantially burdens the exercise of religion because the corporation is either required to “facilitate abortions” or pay high penalties, as much as $475 million per year in Hobby Lobby’s case. In addition, less restrictive means exist to serve the compelling government interest of ensuring women have cost-free access to the contraceptives, including having the government pay. Until this decision, the Supreme Court has never recognized a for-profit corporation’s qualification for a religious exemption from a generally applicable law.

The Court took pains to specify that its decision is concerned solely with the contraceptive mandate as applied only to closely-held for-profit corporations, but critics have been quick to point out the potential slippery slope. For example, given the opinion’s claim that a corporation is “simply a form of organization”, why not extend the decision to publicly-traded as well as closely-held corporations? Further, even if the Court says the opinion doesn’t affect anti-discrimination law, it has at least opened the door to more challenges. As the dissent points out, what happens when employers with religiously grounded objections challenge “blood transfusions (Jehovah’s Witnesses); antidepressants (Scientologists); medications derived from pigs, including anesthesia, intravenous fluids, and pills coated with gelatin (certain Muslims, Jews and Hindus); and vaccinations (Christian Scientists, among others)?” This decision has the potential to open a veritable Pandora ‘s Box of future challenges.

However, it’s likely that the opinion is far more limited than people are making it seem. First, the majority specifically limited the holding to closely-held corporations. People are worried that a broad religious exemption here could lead to exemptions everywhere, but hopefully by explicitly limiting the holding, this will be prevented. The overt limitations in the Court’s decision suggest that future Hobby-Lobby based challenges will face an uphill battle. Second, the Court reached its decision because there are less restrictive means to provide contraceptives, namely the backup system already in place for religious non-profits. Under that backup plan, religiously-affiliated non-profits could opt out of the contraception requirement, and the government would pick up the tab. The impact of this is that in future challenges where no “backup” plan is in place, the regulation is likely the least restrictive mean and therefore there will be no exemption. This extends to nondiscrimination laws, other medical coverage, or any other regulation where a backup mechanism is not already in place.

So how will this affect employers? As most Americans get their health coverage through their employer, Monday’s ruling could have a massive effect on how businesses conduct themselves, how they treat workers, and arguably start a chain reaction in which corporations challenge any number of regulations. Or, it could have little to no effect and the health care policies of most companies will remain as they are. Until the next case comes along, it’s impossible to determine just how broad a ruling truly is. The practical result will likely be an administrative fix by the Obama administration that subsidizes the contraceptives at issue, but only time will tell what further impact this decision might have in the future. 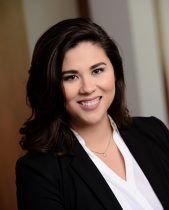 Marissa practices in many areas of civil litigation, focusing her legal expertise in medical malpractice defense and insurance defense. She represents health care providers including hospitals, clinics, nursing homes and physicians in transactional, regulatory and credentialing matters. She is also involved in the insurance defense practice group in matters of products liability, vehicle accidents and insurance coverage.