The Minnesota Court of Appeals recently decided a case involving a dispute between two financial institutions that may have important impacts on how to approach settlement negotiations with defaulting borrowers going forward. The lawsuit involved Student Loan Finance Corporation (“SLFC”) which was indebted to Great Plains Educational Foundation, Inc. (“Great Plains”) pursuant to a $13.25 million promissory note, given in exchange for stock in Great Plains.

SLFC allegedly defaulted on the promissory note and Great Plains brought suit. The parties engaged in settlement negotiations and SLFC allegedly made repeated representations both orally and through financial disclosures that it only had two limited sources of funding from which to make payments under any settlement agreement. Eventually Great Plains and SLFC reached a settlement; though the Court of Appeals’ opinion does not state it expressly, Great Plains claimed in other filings that the settlement represented a “severe discount” on the amount due under the promissory note. Through the settlement agreement, the parties dismissed pending collection lawsuit and released each other from all claims.

Great Plains alleged in a new lawsuit that shortly after the settlement was signed that it learned SLFC failed to disclose considerable additional assets it had owned which could also have gone to funding the settlement. Accordingly, Great Plains sought damages on the grounds that SLFC fraudulently misrepresented its financial condition to Great Plains and induced it to agree to the substantial discount on the promissory note. SLFC denied any misrepresentation and argued that the terms of the settlement agreement barred Great Plains’ claims.

Importantly, the parties’ settlement agreement contained “no-reliance” and “integration” clauses, which are commonly found in settlement agreements. The no-reliance clause provided that neither party relied on any statement in entering the agreement other than what was contained in the agreement itself, and the integration clause provides that the written agreement comprised the entire agreement among the parties. SLFC argued that Great Plains could not base a fraud claim on the alleged fraudulent disclosures in the face of these contractual terms.

The Court of Appeals determined otherwise. Here, the Court decided that a party cannot avoid its own fraud through contractual disclaimers. In other words, if a party makes fraudulent statements or representations to convince another to settle or enter into another agreement, a no-reliance clause may not save it from a subsequent fraud lawsuit.

For lenders in the midst of negotiating a workout or settlement with a borrower, this case has some important implications. While it does raise the possibility that the lender might have another bite at the apple in the event it learns the borrower was lying about its financial condition during settlement negotiations, it is far from an open-and-shut case. Even in the Great Plains case, SLFC may still be able to convince a jury or judge that the inclusion of a no-reliance clause by itself makes Great Plains decision to rely on representations during negotiation as unreasonable, precluding or limiting the fraud claim.

Ultimately, the decision in the Great Plains case may not be final; SLFC has asked the Minnesota Supreme Court to weigh in on the case, though the Court has not yet decided whether it will hear it. 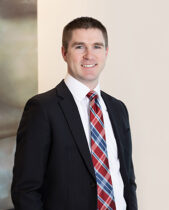