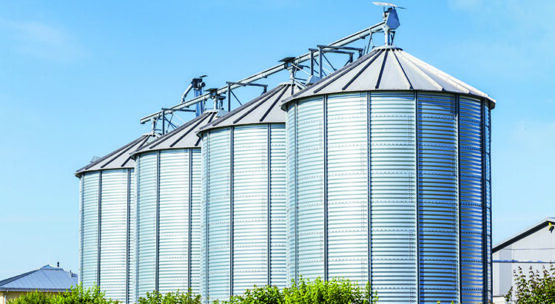 At its September 9, 2021 Agricultural Lending Conference, Gislason & Hunter LLP provided a case law and legislative update regarding new legal developments pertinent to the lending industry. One of the cases presented was Lighthouse Management, Inc. v. Oberg Family Farms et al., which was decided by the Minnesota Court of Appeals less than two weeks before the conference and dealt with how to determine whether a grain bin is a real-estate fixture that needs to be pledged as collateral pursuant to a mortgage or is personal property that needs to be pledged as collateral
pursuant to a security agreement. Approximately three weeks after the conference, one of the parties to the case petitioned the Minnesota Supreme Court to review the Court of Appeals’ decision. On November 16, 2021, the Minnesota Supreme Court denied that petition, and so the Court of Appeals’ decision will remain precedential. The purpose of this article is to provide a summary of that decision and the specific factors it lays out for lenders to consider when financing agricultural operations that include grain bins.

Oberg Family EQ Group, LLC granted Bell Bank a security interest in all of the equipment on its 20.87 acre bin site. In March of 2019, Bell Bank obtained a mortgage for the bin site real property and equipment.

In late 2018, Oberg Family EQ acquired a new grain bin from Gateway Building Systems, Inc., which was financed by American Federal Bank. American Federal Bank took out a mortgage on the bin site, including the real property and all the buildings, structures, and fixtures on the property. Gateway Building Systems, Inc. recorded a mechanic’s lien in March of 2019 after its invoices went unpaid. In April of 2019, CITYWide Electric LLC, an electrical contractor, also recorded a mechanic’s lien in connection with service to the property.

An assignment-for-the-benefit-of-creditors action arose due to the Obergs’ insolvency and inability to pay debts. The District Court appointed respondent Lighthouse Management Inc. as the receiver and assignee. American Federal Bank, Bell Bank, Gateway, and CITYWide each claimed an interest in the sale proceeds following the liquidation of the Obergs’ property in September of 2019.

American Federal Bank and Gateway argued that the bin-site structures were fixtures and should be treated as real, not personal, property. By contrast, Bell Bank argued that the bin-site structures were personal property and subject to Bell Bank’s security interests, which were perfected in 2010. The District Court determined that “the grain bins are personal property and not fixtures.” American Federal Bank and Gateway challenged the decision on appeal.

Whether a grain bin constitutes a real-estate fixture or personal property, and whether this is a question of fact to be decided by the factfinder.

If anything, the Court of Appeals’ decision establishes that there is no clear-cut rule a lender can turn to on this topic. Instead, various facts will need to be considered and evaluated by lenders when determining lien positions and the proper documentation for a loan to agricultural operations that include grain bins.

Christopher is an associate attorney building his practice by advising emerging and growing companies and agribusinesses from their foundation to exit through lending and financing projects, corporate agreements, mergers and acquisition transactions and general business litigation matters.