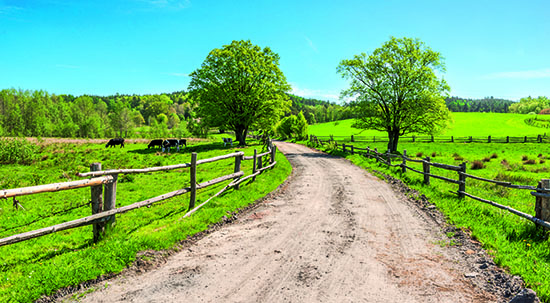 L ife is full of uncertainties. One essential way to establish a sturdier footing is to maintain an up-to-date estate plan. However, even seemingly-solid testamentary documents (e.g. Wills) that are executed as part of an estate plan may encounter a number of challenges. Some of these challenges are fairly simple to manage—for example, by ensuring the location of a Will is understood by trusted individuals, a court can more easily enforce the Will. Unfortunately, other challenges can be legally intense and often require the assistance of an attorney to resolve.

Consider John. John was a bachelor with no children and one brother, Mark. John drafted and signed a Will about thirty years ago which gave all of his property to Mark and gave a copy to Mark. More recently, John faced some health challenges and his neighbor, Susan, took it upon herself to stop over and help John take care of his home, drop off meals, and run errands. Susan asked John if he had a valid Will. John replied that he had signed his Will thirty years ago, but he had decided that he would like to review that Will and draft a new one. He contacted his attorney, reviewed his old Will, made some changes, and signed a new Will. John passed away shortly after signing the document.

After the funeral, Mark contacted the court to enforce the old Will. Susan filed a challenge to the old Will and stated that it was not enforceable because John had executed the new Will before he passed. To Mark’s surprise, John’s new Will said that Susan received everything and Mark got nothing. Suspicious of Susan’s recent involvement in John’s life, Mark does not believe that John intended for Susan to get everything and wants to challenge the new Will. There are a number of ways he may do so.

Testamentary Capacity
Mark might object to the new Will because he believes that John did not have testamentary capacity. Minnesota law requires a party executing a Will to be “of sound mind.” In other words, John must have known and understood the nature of his property, claims against his property, and be able to keep both the nature of his property and claims against his property in his mind long enough to make rational decisions about them. Capacity is typically a factual, not a legal, question and the court reviews a number of factors, which include:

(1) How reasonable is the property disposition in the Will? Would it be reasonable for John to give all of his possessions to Susan, given their relationship?

(2) What was the testator’s conduct around the time they signed the Will. Did John regularly appear confused? Did he get up in the morning and discuss going to school, even though he hadn’t attended in many years?

(3) Have there been any prior adjudications of mental capacity. Did a court previously find that John lacked the understanding or capacity to make responsible personal decisions and appoint a guardian for him?

(4) Did any experts testify about the testator’s physical and mental condition. Did John’s doctor diagnose John with severe dementia prior to signing his new Will?

The fact that John made a dramatic change to his Will does not automatically prove whether or not he had capacity, but it is another factor the court can review. If the court finds that John lacked the capacity to make his Will, then his new Will is not valid and is void for all purposes.

Undue Influence
Mark might also object to the new Will because he believes that John was unduly influenced by Susan. In order to succeed in this argument, Mark would need to prove that Susan was so dominant, persuasive, or controlling, of John, such that John stopped acting of his own free will and instead was essentially Susan’s puppet. In other words, a Will is unduly influenced if it expresses the influencer’s intent and purpose rather than the testator’s intent and purpose.

Mark is unlikely to find any email or letter where Susan explicitly states that she is influencing John to give her all of his property. Instead, Mark can prove undue influence by circumstantial evidence. If Mark can prove that John was unduly influenced, the outcome varies on whether the influence extended to the entire new Will or just a portion of the new Will. Depending on the answer, the court may tailor a unique solution based on its findings.

Duress
Mark may object to the new Will because he believes that John executed it under duress. Duress typically involves unlawful threats or coercion to induce another to act in a manner that they usually would not. For example, Susan may have threatened to physically harm John, who was quite frail after his health scare. Or Susan might have threatened to withhold food, water, or medicine from John, who relied on Susan to run errands and provide those items for him in the short-term. The court would review Mark’s claim of duress in light of John’s specific characteristics and not by the characteristics of a person with ordinary courage and firmness. If the court found John signed the new Will under duress, the court may void the Will.

Fraud
Mark may object to the new Will because he believes that John signed the will as a result of fraud. Susan may have given John false or misleading information about the terms of the Will, the beneficiaries, or other important facts relevant to the creation or drafting of the Will. Susan also might have forged John’s signature or misled John on the content or intentions of the Will in order to get John to execute the Will. Or, if Susan was appointed as the personal representative of John’s estate under the new Will, she might take deliberate actions in her administration to mislead the court or others about the contents of the Will. If Mark can prove that fraud is occurring or has occurred regarding the new Will, then it will not be admitted to probate.

Takeaways
While there are frameworks do the different potential challenges to testamentary documents, each challenge is ultimately subject to the unique factual scenario in which the documents were drafted and signed. A well-trained litigation attorney can walk you through the process of challenging or defending challenges to the validity of your Wills and other estate planning documents.

However, a stronger confidence is available. The best defense to bulletproof your estate plan from potential challenges is to retain an experienced estate planning attorney to carefully draft
these documents to ensure that your true intent is reflected by your estate plan. 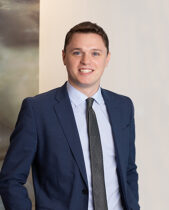