A seriously dishonest or desperate borrower, even if relatively rare, can be the cause of the biggest losses a lender may face. Many loans are extended on the assumption that the bank has sufficient collateral—whether real estate, equipment, receivables, or other property—to repay the loan in the event the borrower cannot make his regular payments. If a lender goes to collect and finds that the collateral no longer exists, recovering the potential losses becomes that much more difficult and ultimately unlikely.

A desperate borrower facing a cash crunch or dwindling revenues and unable to make his payments might take drastic measures to avoid the day of reckoning such as selling collateral without the lender’s knowledge or approval in order to continue making payments. Even worse, a borrower who believes he has been wronged by the lender might feel justified in hiding, transferring, or giving away collateral, simply to keep the lender from liquidating it at all.

In any of these scenarios, the risk of loss for the lender is considerable, but a lender is not without recourse if it discovers this type of wrongdoing, particularly if it catches it early. There are several emergency legal procedures that can be taken to restrict the debtor and protect collateral, including replevin, temporary restraining orders, and preliminary attachment motions. Prompt court involvement is key to limiting losses.

A replevin motion is brought at the beginning of a collection lawsuit to get court permission to seize personal property collateral so that it can be liquidated and applied to the loan. Typically, the debtor must be given advanced notice (around twenty-one days) of the request and is entitled to appear at a hearing and argue that the lender should not be granted immediate possession of the personal property.

Naturally a bank may be concerned that the borrower could dissipate significant assets before the hearing is held or might ramp up their fraudulent activity while the hearing is pending. In limited circumstances, Minnesota law allows a lender to obtain a replevin order “ex parte,” meaning without notice to the other side and without a hearing. A court can grant a replevin order if, in addition to demonstrating that the lender is entitled to immediate possession because of a default under a security agreement or otherwise, the lender also shows: (1) that informing the borrower of the hearing would pose a risk to the collateral, (2) that the lender is likely to succeed, (3) that the collateral is at serious risk of being sold, hidden, or destroyed, or the lender will otherwise suffer irreparable harm, and (4) the only way to protect the lender is to grant immediate possession.

If a court determines that these requirements are met, it can grant the replevin order and direct the sheriff to assist the lender in recovering the property immediately and without first notifying the borrower. Typically, such an order will also restrict the debtor from taking any action to hide or transfer more collateral in the meantime until the sheriff collects it, thus hopefully stemming additional losses. A borrower who disobeys that order could be fined or even jailed for contempt of court. As a condition of granting the order, the statute requires the lender post a bond or other security with the court equal to 150% of the value of the security.

After the initial order, the court must hold a hearing allowing the debtor to explain their side of the case. However, so long as the lender has a valid security interest and can show a default, the court is unlikely to reverse the order.

Similar to an ex parte replevin order, the court can also issue an ex parte temporary restraining order. A restraining order is simply an order from the court directing a person to refrain from doing something, or in some cases requiring a person to act. A court has wide discretion in whether to issue a restraining order, and will look at factors including the relationship between the parties, the harm either party will suffer if the restraining order is granted or denied, the likelihood the party seeking the order will ultimately prevail at trial, and other public policy considerations. Most importantly, however, the party seeking the order must show they will suffer “irreparable harm” if the order is not granted.

In many cases, the same facts that would support a request for an ex parte replevin order will also support a claim for a temporary restraining order, but occasionally the situation will call for one as opposed to the other. For example, if a borrower has hidden collateral so that the bank might not be able to repossess it even if it does obtain a replevin order, a restraining order could be used to restrict the borrower from disposing of it and to require the borrower to turn it over. If a borrower has transferred assets to a third party, a temporary restraining order could be issued against the third party, imposing similar restrictions.

Also similar to the replevin order, if the court issues a restraining order ex parte, the court rules require that a hearing be held to determine whether the restraining order should be converted into a “preliminary injunction” that will remain in force for the remainder of the case. At this hearing, the borrower can present his or her own evidence and arguments against the continued restrictions.

The two prior remedies often apply in cases where specific collateral subject to a lender’s security interest is at risk due to the borrower’s actions. In situations where the lender does not have a security interest in property, the lender typically must file a lawsuit and obtain a judgment for the outstanding debt, and then execute that judgment by having the sheriff seize that property and sell it. But completing a lawsuit and obtaining a final judgment can take a year or longer, leaving the borrower ample time to dissipate assets in the meantime.

However, a lender can seek prejudgment attachment of nonexempt property. Prejudgment attachment in effect freezes the assets while the case is pending, ensuring it remains available to satisfy an eventual judgment against the debtor.  Prejudgment attachment may only be ordered in limited circumstances where there is a risk the debtor is hiding or disposing of assets to defraud creditors, is removing property from the state, has committed fraud or committed a felony relating to the claim, or where the debtor has converted property into money in an attempt to place it outside the reach of creditors. If the court finds one of these situations exist and determines the plaintiff is likely to succeed in the lawsuit itself, it can issue an attachment order directing the freeze and seizure of property, both real and personal.

As all agricultural lenders know, before pursuing actions to enforce a debt against agricultural property, the lender must offer farmer-lender mediation, a process that can last months and significantly delay collection efforts. Even if the debtor does not take advantage of mediation, a delay of even a few weeks to send the offer may allow additional collateral to be lost. The farmer-lender mediation statute does allow a court to proceed with a collection action without offering mediation in limited circumstances.

Under the statute, if a debtor has fraudulently concealed, removed, or transferred agricultural property subject to a security interest, a lender may petition the court to excuse mediation. Upon filing a petition, the court must hold a hearing within seven to fourteen days and issue an order within ten days after. If the court determines the borrower has mishandled or converted collateral, it can waive the mediation requirement and allow the lender to immediately pursue its collection efforts.

If a lender discovers that their borrower has sold collateral without permission or has hidden or dissipated assets, the lender should act quickly to protect the remaining collateral to ensure a full recovery to the extent possible. Taking advantage of some of these emergency procedures can limit any losses and protect the lender’s position. 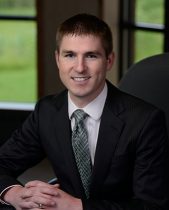