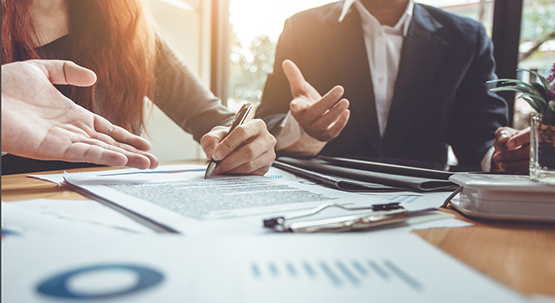 Differences Between Note Co-Makers and Guarantors

When a prospective borrower approaches a lender and requests financing for any consumer purpose or business operation, the lender must evaluate whether or not the borrower has sufficient capacity to repay the loan. Two options will often come to mind for most lenders. First, the lender may require more than one individual or entity to sign the same promissory note evidencing the loan. In this scenario, more than one borrower promises to repay the entire loan. Second, a non-borrower may be required to guarantee the repayment of the borrower’s debt and/or pledge certain collateral to the lender, which can be collected by the lender if the borrower fails to re-pay the loan. This article will address some of the differences between these options.

The first option involves a situation where two or more people sign the same promissory note. This scenario is commonly referred to as two individuals “co-signing” the same note, but having multiple signers execute the same instrument may not always have the same legal effect. The scope of a “co-signer’s” liability depends upon the specific language in the “co-signed” document. For example, one Minnesota case determined that two “co-signers” executing the same note resulted in only one “co-signer” being primarily liable for the debt evidenced by the underlying note. Therefore, the first option referenced above is more accurately described as having two “co-makers” of the same note.

“A person is a comaker if the contract personally binds that person, jointly and severally, with a principal.” See Trebelhorn v. Agrawal, 905 N.W.2d 237, 242 (Minn. App. 2017) (citation omitted). In this situation, all individuals who sign the same note evidencing a debt are 100% liable for repaying the entire debt. Consequently, if one borrower finds himself in dire financial straits, the lender can simply look to the other borrower who signed the same note to repay all the debt. Electing this first option can be beneficial for a lender in many situations. For example, financing one borrower (i.e. one co-maker) may be an acceptable risk even though that borrower’s credit history is questionable because a second borrower who signed the same note (i.e. another co-maker) is financially capable of repaying the loan. So long as at least one of the co-makers is financially capable of repaying the debt, requiring one or more co-makers on a note may seem like a no-brainer. However, sometimes it’s not possible to get more than one person to sign the same note. For example, if a young farmer with few assets requests financing from a lender, that lender will likely want that young farmer’s parents to also promise to repay the young farmer’s loan. But it’s possible that the young farmer’s parents may be near retirement age and reluctant to put their retirement at risk if their son’s or daughter’s new farming venture fails. In such a situation, the second option described below may enable the lender to provide the financing without requiring more than one borrower on the note.

The second option involves a situation where a non-borrower “guarantees” some or all of the borrower’s debts. The person or entity that guarantees the borrower’s debt is called a “guarantor.” A guarantor “is one whose promise ‘is collateral to a primary or principal obligation on the part of another and which binds the obligor to performance in the event of nonperformance by such other, the latter being bound to perform primarily.’” Trebelhorn, 905 N.W.2d at 243 (citations omitted). Put another way, a guarantor will generally only pay for a borrower’s debt if the borrower defaults. In the above-referenced hypothetical, the retirement-age parents of a young farmer may refuse to put their entire retirement on the line for their son’s or daughter’s start-up farming operation. However, the parents may be open to guaranteeing repayment of some or all of the young farmer’s debt if the young farmer is unable to pay the debt. In this situation, the “primary” person responsible for repayment of the debt is the young farmer borrower, and generally the lender may only collect the debt from the guarantors if the borrower is in default. Consequently, it’s generally less burdensome – or at least less time-consuming – to collect a debt from a co-maker than it is to collect a debt from a guarantor.

In addition, there are different types of guarantees that can further limit a lender’s ability to collect a debt from a guarantor. For example, a guaranty may be limited or unlimited. As the name implies, a limited guaranty limits the amount of debt that a guarantor will repay in the event that the borrower defaults (e.g. a $500,000.00 guaranty from a guarantor in connection with a $750,000.00 loan to a borrower). An unlimited guaranty guarantees a borrower’s entire debt. Further, a guaranty may be secured or unsecured. For example, often times a guaranty is secured by a mortgage on a guarantor’s real estate that is equal to or in excess of the value of the guaranty. If a guaranty is unsecured, then it is not tied to any specific collateral owned by the guarantor.

In sum, lenders will often require more than one co-maker on a note or a guaranty of repayment from a non-borrower in connection with providing a loan to one or more borrowers. Indeed, requiring multiple borrowers to serve as co-makers on the same note is often the preferred method of providing financing, but that is not possible when a person who could serve as a guarantor refuses to serve as a co-maker. Nonetheless, a lender may still want to enter into a lending relationship with a new but undercollateralized borrower upon the condition that a non-borrower provide a guaranty to the lender to provide additional reassurance of repayment. These situations provide opportunities for lenders, borrowers, and guarantors. Of course, whether parties should select one or the other (or a combination of both) of the above-referenced options is a judgment call dependent upon the parties to the transaction and other facts and circumstances that may make either option more appropriate in a given situation. 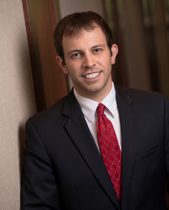