Agricultural contracts, such as those entered into between livestock integrators and growers, are often fairly complex and may contain language which neither party has carefully considered beyond the basic terms such as those dealing with compensation and the quantity of animals involved. Sometimes parties will use a contract form which they have obtained from another integrator or grower without consulting an attorney to review it with them.  This article briefly addresses some general considerations to keep in mind both when you are considering entering into an agricultural contract and after the contract is in place.

1. Be Aware that there are Certain Statutory Requirements Applicable to Agricultural Contracts. Minnesota law imposes certain requirements on agricultural contracts between contractors and producers, with some exceptions.  A “contractor” is defined as a person who in the ordinary course of business buys agricultural commodities grown or raised in Minnesota or who contracts with a producer to grow or raise such commodities here.  A “producer” is defined as a person who produces or causes to be produced an agricultural commodity in a quantity beyond the person’s own family use and (a) is able to transfer title to another or (b) provides management, labor, machinery, facilities, or other input for the commodity’s production.  These requirements include, among others, that the contract be “written in clear and coherent language using words and grammar that are understandable by a person of average intelligence, education, and experience” within the ag industry; contain a mediation or arbitration clause and a disclosure of material risks faced by the producer; contain notice of the producer’s right to cancel within three business days after receiving a copy of the signed contract; and incorporate a cover sheet containing certain mandated language.  Certain requirements are also imposed under federal law, including a disclosure that additional capital investments may be required of a poultry or swine producer.

2. Be Cautious of Language Addressing the Parties’ Obligations Which is Vague or Otherwise Unclear. Despite the “plain language” requirement imposed by law, it is not uncommon to encounter agricultural contracts which nevertheless include ambiguous wording.  It is important that every effort be made to describe the parties’ obligations under the contract as clearly as possible.  If the language of a contract is clear, a court is to give that language its plain and ordinary meaning in any dispute which may arise between the parties.  However, if the language is open to more than one interpretation, a court may consider testimony or other evidence beyond the actual language of the contract itself in an effort to determine what the parties intended by the wording they chose.  This can result in significant uncertainty, risk, and expense.

3. Be Mindful of Conditions Precedent. Agricultural contracts will often include a “condition precedent,” which is an action one of the parties must perform, or an event which must occur, before any duty is imposed upon the other party.  An example would be a provision in a contract between a swine integrator and a grower which states that a precondition of the integrator’s obligation to deliver pigs to the grower is the grower’s construction of a barn within a certain time period.  If the grower fails to construct the barn prior to the specified deadline, it acquires no right to enforce the contract.  Be diligent in performing any conditions precedent which you are required to perform.  If the other party is required to perform a condition precedent but fails to do so, and you do not want to go forward with the contract in light of that failure, you should give written notification to the other party that you no longer consider the contract to be valid or enforceable.  Your ability to avoid performing on the basis that the other party failed to meet a condition precedent can be lost if you act in a manner which suggests that you view the contract as nevertheless remaining in place, such as demanding that the other party still perform, accepting performance, or sending a communication which might be construed as an acknowledgment that the contract is still enforceable.  Remember that you can always attempt to negotiate a new agreement if you still have interest in a possible contractual relationship with the other party.

4. Also Pay Attention to Notice of Default/Opportunity to Cure Provisions. Agricultural contracts also commonly include a requirement that if one party believes the other party has committed a material breach of any term or condition of the contract (a “default”), the non-defaulting party must give written notice of the default to the defaulting party, with the defaulting party then being given a specified time period (often 30 days) to correct or “cure” the default.  Depending upon the specific wording of the contract, the failure to provide such notice may preclude the non-defaulting party from bringing a breach of contract claim or seeking other relief against the defaulting party, so it is important to be familiar with what the contract requires and to follow those requirements (as well as, of course, to timely act in response to any notice of default you may receive).   There is also a Minnesota statutory provision which imposes specific notice and opportunity to cure requirements where a producer fails to comply with a contract provision requiring the producer to make a significant capital investment.

5. Make Sure that any Contract Changes Are Made in Writing. Finally, while it is not uncommon for parties to occasionally modify the terms of a contract after it has been executed, it is important that any modifications be made in writing, and that the writing is signed by all of the parties to the contract.  Doing this avoids uncertainty as to what changes the parties have, or have not, agreed to.  Contracts often contain a provision which states that any changes must be in writing to be effective; however, under certain circumstances, courts will recognize an oral modification even if such is specifically prohibited by the contract language.  While a party may not be able to avoid another party claiming there was an oral modification, the likelihood of the other party being successful in that claim is greatly diminished if the custom and practice of the parties has been to memorialize any revisions in a writing which all of the parties execute. 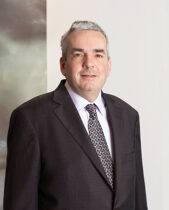 Since he began practicing law in 1994, Dustan has become both an experienced trial lawyer as well as a trusted advisor for his individual, financial and agribusiness clients in Minnesota, Iowa and throughout the Midwest. Graduating with highest honors from the University of Iowa College of Law, and serving as the Senior Articles Editor for the Iowa Law Review, Dustan began his career with Gislason & Hunter LLP, and has worked there ever since. Dustan was also Gislason & Hunter’s Managing Partner from 2008-2016.