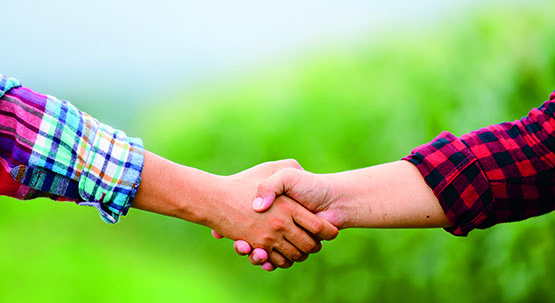 General Partnership: The Catch- All Relationship To Avoid

Here’s a common story: Farmer A gets a good deal on a neighboring farm that includes 16 acres of marginal hay ground in a low, wet area. Farmer A has no use for hay and no haying equipment. It’s been a dry spring with forecasts of drought and high hay prices.

Neighbor B is a hobby farmer with haying equipment and a few horses. Neighbor B approaches Farmer A and generously offers to “take care of that hay ground for you this year.” Farmer A wants to stay on good terms with Neighbor B, but also wants a share of what could be lucrative hay prices. Farmer A offers to rent the field to Neighbor B for $50 an acre, but Neighbor B, being a hobby farmer, isn’t sure if he’ll have time to hay it and doesn’t want to commit. Both men understand that there may or may not be any profit given unpredictable weather and prices.

They make the following deal: Neighbor B may hay the field if he gets time but doesn’t have to. If he does hay it, Neighbor B will do all of the work including marketing the hay and storing it until it sells. Once it’s sold, Neighbor B will get his fuel costs, plus $25 an hour labor for all time spent on the project. The two men will split whatever money is left over, with Neighbor B being paid partially “in kind” in any hay he elects to keep.

All of this dealing takes place in a ten-minute conversation at a little league game. They put nothing in writing. They shake hands and never talk about this again.

The weather stays dry. The usually soggy hayfield comes on nicely and hay prices keep climbing. During the 4th of July weekend Neighbor B is putting up the hay while Farmer A watches happily from his patio while smoking some ribs and staying refreshed with some grain-based beverages. Demand and prices are so high that Neighbor B has found a buyer at a fantastic price. In fact, since Neighbor B is getting fuel and time paid for as part of the bargain, he has sold the hay, delivery included, to a buyer three hours away in the driest part of the state, cash on delivery. Neighbor B loads up his gooseneck and heads north, waiving to Farmer A on the way out the driveway.

On the way, a strap comes loose. A few bales fall off and break apart. Neighbor B immediately notices, pulls over, puts on his flashers and starts cleaning up the hay. He gets all of the full bales off the highway and then does his best to pick up the loose hay or kick it off the road. Along comes Genius C who stops—in the lane of traffic—to ask if Neighbor B needs help. Then comes Driver D. Driver D does not slow down for the flashers and does not touch his brakes until it’s too late. The loose hay prevents him from stopping and he plows into Genius C. Driver D’s passenger, Plaintiff E, is not buckled in and is paralyzed from the neck down.

Farmer A is in shock. Of course his initial response is: “I had nothing to do with this!” Plaintiff E’s lawyer responds: “At the time of the accident, you and Neighbor B were acting in a general, unlimited partnership. You are as liable as he is.” And unfortunately for Farmer A, that lawyer could be right.

The biggest problem is that a simple general partnership includes none of the liability limiting benefits of a corporation, LLC, or LLP. Additionally, each partner is deemed to have authority to act on behalf of the partnership.

Of course, farmers and businesspeople get into situations like this all the time. In fact, this story is a combination of two cases I’m currently litigating . . . and how I dealt with my hay field this summer. When things go wrong it’s usually because the deal is small and those involved don’t think it’s worth the time and effort to put something in writing, or to think through the possible pitfalls. But legal safeguards in these situations need not be complicated.

Farmer A and Neighbor B could have reached the same practical result of shared risk and profit, without shared liability, in a number of ways. In this case, Neighbor B could have leased the land, with rent being contingent on the same formula as agreed upon, and with Neighbor B taking complete ownership of the hay. Or Farmer A could have hired Neighbor B to custom farm the land as an independent contractor and then sold him back the hay in a separate transaction. There are probably a dozen other simple ways the problem could
have been solved.

Many businesspeople take pride in doing business “on-ahandshake” as a sign of their trustworthiness. However, betrayal by a business partner is only one possible problem with handshake deals. Remember that every business relationship must fall into a limited number of buckets. These include—employer/employee, landlord/tenant, independent contractors, or co-owners. Even in a handshake deal, take care to think through which of those buckets you want to land in and how to get there. Otherwise, you could fall into the default bucket and be surprised to be a general partner. 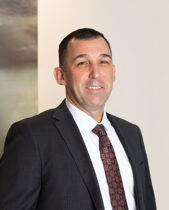