According to media reports, the worldwide commercial real estate market is so hot that industry analysts are fearful it could lead to a bubble. The conditions, which are similar to those that tanked the real estate market in the mid-2000s, could impact investors in Minnesota and nationwide.

Real Capital Analytics reports that U.S. transaction values for the first half of 2015 were at $225.1 billion, up 36 percent compared to last year. That exceeds the pace set during the boom of 2006. In Europe, transaction values are up 37 percent to $148 billion. Meanwhile, office building valuations in Chicago, London, Osaka and Hong Kong hit record highs during the second quarter of 2015. Valuations in New York, Los Angeles, Berlin and Sydney also hit their highest levels since 2009.

The situation is being carefully monitored by government regulators. In its semiannual report issued to Congress in July, the Federal Reserve touched on the issue. Investment managers are also keeping a close watch on the situation, calling it a “late-cycle market.”

According to real estate experts, the commercial real estate surge has been fueled by low interest rates and a flood of cash into worldwide economies from central banks, which makes commercial real estate more appealing than riskier assets like “junk” bonds. Big investors in the U.S. are padding their real estate holdings, and buyers from the Middle East and Asia are becoming regular players in the market as well.

People who are interested in commercial real estate investments may find it helpful to consult with an attorney who has experience with these matters. An attorney could assist with everything from contract negotiations to management agreements. 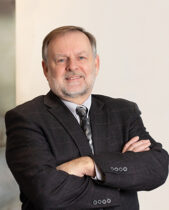 Reed has a growing commercial practice focusing in the areas of corporate, agricultural and real estate law. He also works with clients in the area of estate planning.