I Was Served with a Garnishment Summons. Now What?

Thomas Jefferson famously advised, “[n]ever spend your money before you have it.”  But as Mr. Jefferson (who was substantially indebted throughout much of his life) himself discovered, this advice is far easier for most people to give than to heed.  Recent studies indicate that approximately 8 out of every 10 Americans are indebted in some fashion (whether a residential mortgage loan, student loans, credit card debt, or other forms of credit).

As the number of indebted persons (and the amount of indebtedness) has increased, it is inevitable that the number of persons who are unable to repay their debts has also increased.  This has led to a corresponding increase in the frequency of legal remedies exercised by creditors to collect debts they are owed.  One such collection remedy that is frequently used is called garnishment.

What is a Garnishment?

Simply put, garnishment is a legal process by which a creditor who is owed money from a debtor may require a third party to hold (and ultimately turn over to the creditor) any money or property that the third party owes to the debtor.  For example, if an employee of a business owes money to a bank, the bank can use garnishment to require the employer to hold, and ultimately pay to the bank, a portion of the wages that the employer owes to the employee.

How Is the Garnishment Process Started?

What Happens When a Garnishment Summons Is Served?

What Happens When if a Garnishee Does Not Comply with a Garnishment Summons?

If you are served with a garnishment summons, do not ignore these documents because they do not directly involve a debt that you owe.  Instead, you should immediately freeze any payments to the debtor, retain the necessary property, and provide the required written disclosure.  Even if you do not have any property belong to or owe any money to the debtor, you must complete and deliver the written disclosure indicating this fact to the creditor and debtor. 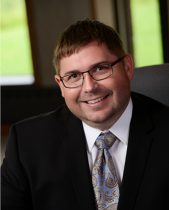