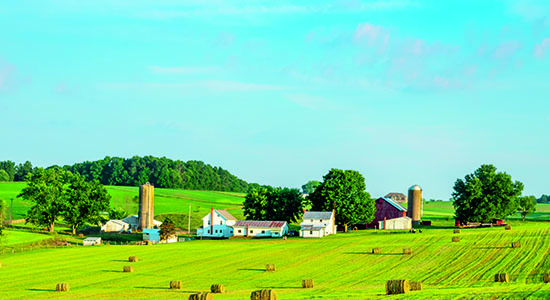 Insurance Basics: Moving Toward a Greater Understanding of the Role of Commercial Insurance in the Agricutural Industry

Throughout my nearly 15 years of practicing law, I have observed a wide range of perspectives, understandings, and tolerances from agricultural producers and other businesses regarding the topic of insurance. Some find insurance a combination of overwhelming, confusing, and boring. If given the choice, they would prefer watching endless streams of YouTube videos seeking to revive the lost art of sock darning over any insurance seminar. 1 Others understand insurance at a general level but view it with considerable cynicism and distrust. These folks have perhaps been on the receiving end of an adverse coverage determination from one of their insurers or are just plain old worn down by years of paying insurance premiums without any tangible benefit to show for it. Still others view insurance as a black-and-white proposition. Posing to their attorneys and brokers various “what if” scenarios, those in this group cannot accept that, while the availability of insurance coverage may be reasonably expressed in greater or lesser degrees of probability, it is near impossible to predict with certainty.

Representing, advising, and consulting with individuals and businesses over the years in a wide range of insurance matters as allowed me to gain empathy for those holding negative or indifferent opinions and perspectives on insurance matters. Commercial insurance policies are long, dense, confusing, and ever-changing; insurance companies sometimes wrongfully deny coverage to their insureds; and the number of exceptions and exclusions to the availability of insurance coverage that may be found in a given policy is beyond frustrating to those of us seeking to evaluate, measure, and express the gravity, likelihood – and insurability – of a given business risk.

My experience, though, is that the confusion and frustration experienced by my clients in insurance matters oftentimes exists because nobody ever explained to them how commercial insurance works. And this may be easily rectified. Certain fundamental concepts permeating all types of commercial insurance, when properly understood, arm and equip agricultural producers with the knowledge necessary to evaluate different insurance alternatives and make informed decisions concerning insurance-coverage matters.

On more than one occasion I have requested a copy of a relevant insurance policy from a client or opposing counsel only to receive some other, insurance-like document that, while perhaps referencing, discussing, or summarizing insurance terms, is most certainly not an insurance policy. Thus, the first step toward a greater understanding of insurance is to know what a commercial insurance policy looks like.

A standard commercial insurance policy will almost always include at its beginning what is referred to as a declarations page. The declarations page serves as a road map for the entire policy and includes critical information, such as the person(s) named as insured(s) under the policy; the insurance company issuing the policy; the type of insurance coverageprovided; the dollar amount of coverage or policy limits; the coverage or policy period; and a list of endorsements supplementing or amending the base policy.

To be sure, unless you are currently suffering from insomnia, I am not suggesting that it is useful or advisable to read your insurance policies from front to back without a specific purpose or question in mind. But agricultural producers should have some people – or at least someone – within their organizations familiar with the location and general content and purpose of their several insurance policies so that they may be accessed, reviewed, and scrutinized as and when questions arise.

You may have heard your lawyer or insurance broker refer to insurance coverage offered on a “first-party” or “third-party” basis and asked yourself: What on earth do they mean? That is okay. Many (including me) have had the same reaction when first encountering these jargony insurance terms.

First-party insurance means simply that the insured has a direct claim, or a direct right to coverage, under the insured’s own insurance policy for losses or damages to the policyholder’s property. A typical first-party coverage in the agricultural sector is property insurance. In the event of a peril, such as a tornado or fire, commercial property insurance will usually allow the insured producer to be paid under the policy for the damages and losses incurred from physical damage to the policyholder’s own property. Less common forms of commercial first-party insurance — and which are somewhat unique to the agricultural sector — include policies providing coverage to producers for losses sustained as result of certain diseases, such as Porcine Reproductive and Respiratory Syndrome (PRRS), Porcine Epidemic Diarrhea (PED), and other diseases.3

As the name suggests, third-party insurance protects policyholders against liabilities for injury, loss, or damage suffered by someone other than the policyholder – that is, a third party. Put another way, third-party insurance is intended to protect insureds from monetary loss when they are sued. Coverage typically includes the cost of defending claims and indemnifying the insured in the event the insured is ultimately found liable for the claims asserted by the third-party.

Finally, it should be noted that certain commercial policies may provide a combination of first-party and third-party coverage. An example of this is so-called cyber insurance for data breaches. Depending on the insurer or policy, a cyber insurance policy may include insurance coverage for both first-party losses sustained by the insured as a result of a data breach (e.g., the cost of notifying affected persons that their information was compromised or of restoring lost data) as well as third-party claims resulting from the data breach (e.g., regulatory defense costs, fines, and civil lawsuits).

Third-party liability insurance is typically provided on a “claims-made” or “occurrence” basis. This is an important distinction. Occurrence-based policies, in theory, provide unlimited prospective coverage because the coverage trigger is the date of the act or omission giving rise to a third-party claim against an insured. This is so regardless of when a third-party asserts a claim against the insured. A standard CGL insurance policy will typically provide coverage on an ccurrence basis.

By comparison, a claims-made policy generally provides coverage only for claims that were made and reported to the insurer within the policy period. The event that triggers coverage is the date the insured becomes aware of the third-party claim against it, regardless of whether the act or omission giving rise to the claim occurred before or during the policy period. Under claims-made policies, insurers, in theory, provide coverage even for acts or omissions that occurred before the policy’s inception. But, in practice, insurers often limit this exposure by modifying claims-made policies to exclude coverage for prior acts or omissions. Most Directors & Officers Liability Insurance and Employment Practices Lability Insurance is provided on a claims-made (versus occurrence) basis.

Requiring a contracting party to name you as an additional insured is but one method of contractual risk allocation. The overarching purpose behind the requirement to be named additional insured is this: If one party’s acts or omissions cause or result in the imposition of liability against the other party to the contract, that party’s insurance company should be primarily responsible for defending and indemnifying the other (and perhaps innocent) party to the contract.

Commercial contracts will also sometimes require that a party not only be added as additional insured, but that the party be so added on a “primary and noncontributory” basis. The “primary” part means that the named insured’s4 policy will be triggered and have to pay out first in the event of a claim. The “noncontributory” part means that the named insured’s policy may not seek contribution from the additional insured’s separate policy in order to cover the claim.

Knowing what an insurance policy looks like, or the differences between third-party and first-party coverage and claim-made and occurrence-based insurance, or what it means to be an additional insured, will not make you an insurance expert. However, having a basic understanding of commercial insurance will make you adept enough to know what questions to ask your attorney and broker when deciding between insurance coverage alternatives or when presented with a commercial contract with exacting or unusual insurance requirements. Thus, competence (and not expertise) should be the goal for most agricultural producers when it comes to insurance matters.

1 My apologies to any of our readers who are sock-darning enthusiasts. For those of you who would like to learn more about sock darning,
please see the following link: https://ourgabledhome.com/the-lost-art-of-darning-socks-tutorial/.
2 An “endorsement” is a broad term for an insurance policy form that either changes or adds to the provisions of the base insurance policy.
Depending on the circumstances, endorsements could serve to broaden or limit the scope of coverage otherwise available under the policy.
3 See, e.g., https://jamesalleninsurance.com/coverage/agriculture/foreign-animal-disease/
4 The “named insured” is the person or business who is specifically designated by name on the insurance policy as an “insured” and is
paying the premium for the insurance coverage. 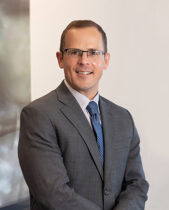