They make the products that consumers and businesses use at home and in commerce. They’re Minnesota manufacturers and they helped build this country and helped make our state proud and prosperous.

According to a recent survey, they are also increasingly optimistic that the future is bright for their firms. While the optimism is tempered by concerns about health care costs, government regulation and hiring and keeping qualified workers, it is nevertheless widespread among this important, powerful group of businesses.

Eighty-four percent of manufacturing executives express confidence in the futures of their companies. That overwhelming majority is at its highest level in the six years of the Enterprise Minnesota-sponsored survey. The percentage is even higher among management at companies with more than $5 million in yearly revenue: an almost unanimous 96 percent.

The number of executives who are “very confident” surged to 36 percent, a jump of 8 percentage points in just a year.

When asked to look beyond the confines of their companies, 37 percent of executives said they expect this year’s economy to grow, while a mere 7 percent forecast the onset of a recession.

As noted, their optimism is tempered by concerns about health care costs. Fifty-nine percent of respondents expressed concerns about the costs, making it the top area of worry among the group.

Government regulation and policy followed with 55 percent, while attraction/retention of a qualified workforce placed third with 34 percent listing it as a concern for 2014.

Successful executives understand that one of the paths to prosperity goes through the office doors of a law firm experienced in dealing with complex matters of business law, litigation and expansion. 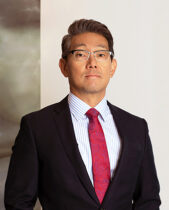 Through his financial and legal career for over twenty years, David has accumulated expertise in corporate and commercial matters and regularly advises clients on $200 million to $500 million transactions each year. David often leads complex transactions across the U.S., as well as growing markets overseas such as Central and South America and Asia.