When an individual files for bankruptcy, the typical result is that the individual’s debts to all of its creditors—including its bank creditors—are discharged. As a practical matter, this means that those obligations are essentially uncollectable as personal obligations of the bankrupt debtor. (The creditors may retain lien rights, but that is a subject for another day.) However, under certain
circumstances, and provided that the proper hoops are jumped through within the required time deadlines, some or all of the debtor’s debts may be excepted from the discharge. When only one or
more particular debts are excepted from the discharge, this is called “nondischargeability.” The bankruptcy statute specifies the types of debts that are subject to nondischargeability, and the hoops that must be jumped through in order for such debts to be nondischargeable.

False Financial Statements
If a bank reasonably relies on a borrower’s false financial statement in making a loan, and if the borrower then files for bankruptcy, the bank—if it acts quickly and jumps through the right hoops—may be able to get a judgment denying the borrower’s discharge of that particular debt. Under the right facts, this can save the bank from a massive loss. (In many instances, this will mean that the borrower is still obligated to the bank, but has been discharged of all of its other debt.) One of those hoops is that the false financial statement must be in writing. In a recently announced decision, the Supreme Court clarified that the “writing” hoop applies to any statement about the debtor’s financial condition, even if the statement is an informal reference, and even if the reference is to a single asset.

Takeaway
If a borrower goes bankrupt and the bank suspects that it has been the victim of a fraudulent scheme, the bank should investigate—and likely consult with competent counsel—the
pros and cons of commencing a legal action in the bankruptcy court to deny the discharge of that debt. As with legal actions involving false financial statements, there are strict deadlines
for commencing legal actions alleging “actual fraud” as the basis for denying the discharge of that particular debt. Accordingly, it is important to act quickly. Under the right facts
and circumstances, the bank may end up avoiding, or at least mitigating, what might otherwise have been a massive loss. 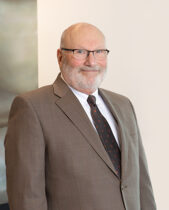