In 1996 Congress passed 18 U.S.C 922(g)(9), also known as “the Lautenberg Amendment.” This prevents any person “who has been convicted . . . of a misdemeanor crime of domestic violence” from possessing any firearm or ammunition. In nearly every such conviction, this also results in such a person being prohibited from serving in the military, or any career field which includes weapons.

The U.S. Supreme Court examined this issue in its March 26, 2014 decision in U.S. v. Castleman. The case was about exactly what “physical force” means. Justice Sotomayor took sixteen pages to explain her answer. Justice Scalia agreed with her, but not quite, and took another eleven pages with his explanation. Justice Alito required only one page to make his attempt.

Prior to this decision, many lower courts had said that a “misdemeanor crime of domestic violence” must include “violent force.” This definition was used in the Armed Career Criminal Act for defining “violent felony.” In plain English, these courts had basically looked at the term “violence” and ignored the fact that the statute further defines “domestic violence” in a very broad sense. These courts also thought that “violent” or “violence” would connote “a substantial degree of force.” Therefore, these courts found that someone was not prohibited from owning a gun if they’d been convicted of things like pushing, shoving, and grabbing, so long as no substantial harm was done.

Justice Sotomayor reasoned that if the definition of “violence” in a statute specifically dealing with misdemeanors, was as severe as the definition of “violence” in a statute dealing with felons, then the misdemeanor statute would almost never apply. She, and the majority of justices, held that amount of violence necessary for the Lautenberg Amendment to apply is very small. In fact, they adopted the common law definition of force which is any “offensive touching.”

The result is that now even very slight contact which results in a conviction of a misdemeanor will result in a life-long deprivation of the convicted person’s right to own a gun. Most of us could not imagine committing an act of violence against a loved one. However, in the context of divorce, tempers can flare and we can make snap decisions we later regret. The new and broadened scope of the Lautenberg Amendment is one more reason to keep contact with your estranged spouse, or ex-spouse down to a minimum and to always rely on your attorney to deal with conflict in a formal setting and in a professional manner. 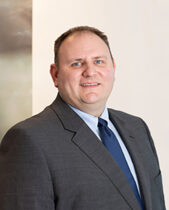