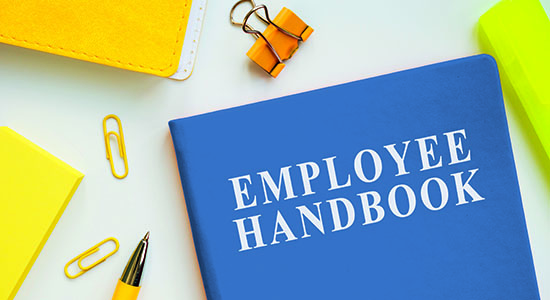 The NLRB goes after handbooks . . . again.

With the return of Democrat control of the National Labor Relations Board, the pendulum is swinging back so fast, it might hit some employers on the chin. In particular, the NLRB is undoing many of the changes made by the Trump NLRB as to employee handbooks.

Before we get to the changes, let’s cover how things can change so fast. Most administrative bodies—such as OSHA, the EEOC, and the Department of Labor—can only change policy via rulemaking procedures under the Administrative Procedure Act. The NLRB is different in that it not only makes rules, it also adjudicates them, meaning that it has an administrative courtlike system to try cases internally. This means that, without actually re-writing the rules, the NLRB can effectively change how rules are implemented by making different decisions in individual NLRB cases.

Further, the NLRB can effectively change policy—if not change the letter of the law—via its General Counsel Office (“GCO”). The General Counsel is the head lawyer for the NLRB and decides which cases are prosecuted through the NLRB. By simply deciding to focus investigations and prosecutions on an area, the GCO can effectively punish things that previously were ignored.

I’d also like to put the handbook controversy in context. (Here, I’ll be using very general and plain-English terms; please remember that there is a lot of legal complexity I’m leaving out for the sake of clarity.) The ultimate legal issue here is employee rights under Section 7 of the National Labor Relations Act. In very simple terms, Section 7 says that employees have the right to work together to discuss with each other, complain to management about, and improve the terms and conditions of their employment. Under the Obama administration, the NLRB for the first time examined when and how an employer’s rules it its handbook might illegally limit an employee’s Section 7 rights.

Prior to the Obama era, the NLRB only found a violation of Section 7 when actual employment action was taken. For instance, if an employee complained about a safety issue and was fired for this, then her Section 7 rights were clearly violated. The Obama NLRB examined if rules about civility, loyalty, and other workplace behavior could “chill” or prevent an employee from making such a complaint.

For example, pre-Obama, an employer could have a “No whining!” rule so long as it only actually punished unproductive and rude grousing but still allowed legitimate complaints about working conditions. The Obama NLRB reasoned that such a rule might discourage an employee with a legitimate complaint and thus is “chilled” the exercise of Section 7 rights. In very rough terms, pre-Obama the NLRB prohibited employers from actually punishing employees for exercising their Section 7 rights. Post-Obama, the NLRB prohibited employers from having any rule which could be interpreted as discouraging an employee from exercising her Section 7 rights.

Then under Trump, the pendulum swung back to the pre-Obama standard. In an NLRB ruling titled The Boeing Company, 365 NLRB No. 154 (Dec. 14, 2017), the NLRB did away with the “could be interpreted as discouraging” standard and returned to an “actually discouraged or punished” standard. The NLRB then further clarified the new (return to the old) Boeing standard in General Counsel Memorandum 18-04.

GC 18-04 resulted in a very employer-friendly, and user-friendly framework for determining if handbook rules were legal and illegal. First, it produced three logical categories—Rules that are generally lawful; rules that unlawful, and rules warranting individual scrutiny. Even without legal analysis, it’s telling that the lawful rules (rules employers are allowed to have) covered 14 pages while prohibited rules (rules employers can’t have) covered less than three full pages.

On February 1, 2021 Acting General Counsel Peter Ohr issued GC Memorandum 21-02 which rescinded 10 separate guidance Memoranda issued under the Trump NLRB (out of a possible 15). First on the list of rescinded Memoranda was GC 18-04, which gave guidance on handbook rules.

GC Memorandum 21-02 removes all of that. But GC 21-02 does not replace the Trump NLRB three-part, employer-friendly, framework with any framework—not even an employee-friendly framework. Frustratingly, GC 21-02 does not even explicitly say that the NLRB will be going back to the Obama NLRB’s standards for handbooks. Instead, it says that GC 18-04 is “no longer necessary, given the number of Board cases interpreting Boeing that have since issued.” Those cases, of course are now being interpreted by the Biden NLRB and are steadily moving closer to the Obama-era “could be interpreted as discouraging” standard.

In practical terms, what this means is that employers need to review their handbooks once again. If you and your attorney re-read and edited your handbook during the Obama NLRB and with those standards in mind; and if you haven’t changed them to take advantage of the employer-friendly Trump NLRB standard, then you might be safe. (Although if you haven’t reviewed your handbook or cleaned out the break-room refrigerator since the Obama Presidency, you probably should do both of those things.) If you first generated or last updated your handbook under the Trump NLRB, you need to set aside some time (and probably legal fees) for a thorough review under the new (old) standard. 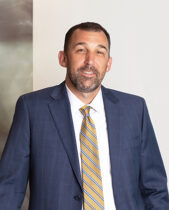