The University of Minnesota is now investing in its own research through the newly implemented Discovery Capital Investment Program. The university will distribute a maximum of $700,000 to up to two startups that use government-funded research. The university is doing this for the first time ever, since outside seed capital hasn’t recovered to pre-recession levels. The executive director of the Office of Technology Commercialization says the focus is to get accelerate the startups to market because many of the products are life-saving.

The startups are typically composed of researchers at the university who working management from the outside. The startups are required to receive matching funds from outside investor and have an adequate business plan and management. The university expects the new Discovery Capital Investment Program to receive approximately seven to 10 applications per year. The selection process is centered on finding the highest potential return on investment.

Executives from agriculture, engineering and medical devices sectors in the new program will select the startups during the first two years. The program will be evaluated after the first two years, when it will then either be continued or terminated. Outside investments to the university have declined significantly over the years. However, the school still accounted for 15 startups in 2013, despite investments in seed funding dropping to 3 percent, from 9 percent during 2008. Increasing the commercialization of its own research is the primary goal of the new investment initiative.

Entrepreneurs, investors and people involved in forming startups often benefit from seeking legal counsel before making any final decisions about initiating the process. A business law attorney can help ensure that adequate protections are included in the financing and other documents prepared in connection with the new venture.

Source: Brainerd Dispatch, “U of M to invest in startup firms that use its research“, Alex Friedrich, August 21, 2014 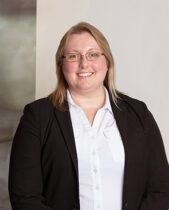