The last issue of Pork Bits described air emission reporting requirements that were scheduled to become effective against farmers for the first time (as a result of a court ruling) and would have required many livestock farmers to report emissions of ammonia and hydrogen sulfide produced from animal waste.  In response to this court decision, several agricultural groups—including the National Pork Producers Council—worked with the United States Environmental Protection Agency to provide implementation guidance to farmers and with several politicians to modify the law to remove this new (and irrational) burden on farmers.

On March 23, 2018, reason prevailed as Congress enacted—and the President signed—a new law that reverses the result of the court decision.  The new statute specifically exempts “air emissions from animal waste (including decomposing animal waste) at a farm” from the reporting requirements under the Comprehensive Environmental Response, Compensation, and Liability Act (CERCLA).  In other words, farms are no longer required to report to the federal government air emissions of ammonia or hydrogen sulfide that occur from the production, storage, or application of animal waste as part of routine farming operations.

Although the enactment of this new law represents a significant victory for agricultural producers (and common sense), livestock producers are not completely out of the woods regarding this issue.  A separate federal statute—the Emergency Planning and Community Right-to-Know Act (EPCRA)—also requires a person to report a release of a hazardous substance (including ammonia or hydrogen sulfide) to state and local government agencies.  Although the Environmental Protection Agency currently interprets this law to exempt releases of gases from animal waste on farms from the reporting requirement, this interpretation may be subject to future rulemaking and judicial challenges.

As always, we will continue to monitor developments regarding these issues and will provide further updates regarding any important changes to these legal reporting requirements. 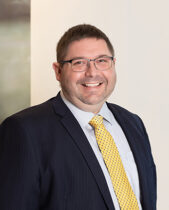