When May Someone Other Than a Mortgagor Redeem Real Estate Following a Foreclosure?

Generally speaking, in Minnesota a mortgagor “may redeem such [foreclosed] lands… by paying the sum of money for which the same were sold, with interest from the time of sale at the rate provided to be paid on the mortgage debt as stated in the certificate of sale and, if no rate be provided in the certificate of sale, at the rate of six percent per annum, together with any further sums which may be payable as provided” by applicable law. Minn. Stat. § 580.23, subd. 1.

The purpose of this article is to remind lenders and others involved in financing that, in certain circumstances, the mortgagor is not the only party who may be entitled to redeem foreclosed real estate following a sheriff’s sale. For example, if the real estate involved is located in Minnesota and is subject to a six-month or twelve-month redemption period as set forth in Minn. Stat. § 580.23, then it is important to note that this statute affords a statutory right of redemption to “the mortgagor, the mortgagor’s personal representatives or assigns[.]” Minn. Stat. § 580.23, subds. 1, 2 (emphasis added).

Lenders should be aware of the above-quoted statutory language because there have been occasions when persons show up with the necessary funds and attempt to redeem near or at the very end of a redemption period. This creates potential problems where, for example, the lender was the highest bidder at the applicable sheriff’s sale, and therefore the lender must determine on fairly short notice whether someone other than the original mortgagor is entitled to redeem the foreclosed real estate. In such a scenario, the lender should determine if the non-mortgagor attempting to redeem is statutorily authorized to redeem the subject real estate.

Further, even if the non-mortgagor may fit within the statutory definition of a non-mortgagor entitled to redeem, the holder of the certificate of sale should ensure that all proper documentation is presented prior to the acceptance of any funds to redeem real estate (e.g. letters testamentary for a personal representative, an assignment of redemption rights for an assignee of the mortgagor’s redemption rights, etc.).

In sum, Minnesota law provides that under certain circumstances someone other than the original mortgagor may be entitled to redeem real estate from foreclosure. If a holder of a certificate of sale encounters a situation where a non-mortgagor such as a personal representative or an assignee of the mortgagor’s redemption rights is attempting to redeem, the holder of the certificate of sale should evaluate the situation to ensure that the non-mortgagor is both (a) statutorily authorized to redeem the subject real estate and (b) confirm that the person or entity attempting to redeem has produced sufficient documentation to demonstrate that said person or entity is statutorily entitled to redeem. 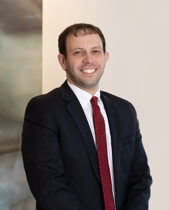