Vital expertise for what matters.

Since he began practicing law in 1994, Dustan—a partner at Gislason & Hunter—has become both an experienced trial lawyer as well as a trusted advisor for his individual, financial and agribusiness clients in Minnesota, Iowa and throughout the Midwest. Graduating with highest honors from the University of Iowa College of Law, and serving as the Senior Articles Editor for the Iowa Law Review, Dustan began his career with Gislason & Hunter LLP, and has worked there ever since.

Dustan is an AV-Rated lawyer by Martindale Hubbell. He has been rated a SuperLawyer for the past eight years. He has tried over 30 jury cases, numerous arbitrations and has handled litigation and corporate matters throughout the Midwest.

Dustan currently serves as the Chairman of the Board of Directors of Citizens Bank Minnesota and its holding company, Citizens Bancorporation of New Ulm, Inc. He is a member of the American Agricultural Law Association, the American Bar Association’s Agricultural and Corporate Litigation Sections and past president of the Ninth District Bar Association, New Ulm Library Board, New Ulm Country Club and the New Ulm Economic Development Corporation. 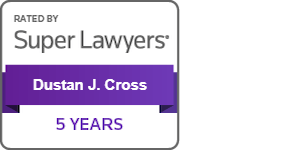 A representative sampling of his litigation experience (in all of which he served as lead counsel) includes the following:

In addition to his trial experience, Dustan also has a long history of representing numerous financial and corporate institutions in various corporate and regulatory matters. A representative sampling of some of his more recent experience in these areas includes:

As part of his commitment to his Clients’ needs to appreciate and understand ongoing developments in the law, Dustan is also a frequent presenter and publisher of materials directed to educating his clients and others about all legal matters of interest to them. A representative sampling of some of his publications includes the following:

Vital Expertise For What Matters

For more than 80 years, Gislason & Hunter has been delivering the very best in service and results. Our accomplished attorneys bring substantial trial experience and industry-specific knowledge, making us a leader in a variety of practice areas to serve the Upper Midwest.